In 2008, shortly after Liza & Marty were married, we wanted to change the world, and one of the ways we chose was to decrease our dependence on fossil fuels.  So, we researched ways to make biodiesel and leased land from Liza’s family farm to plant 3 acres of Jatropha.   We made small batches of biodiesel for ourselves, while waiting for a new processing plant that was set to open in Delray Beach, FL.  Unfortunately, the plans for the local processing plant fizzled, and we no longer had a local facility to process the oil from our Jatropha trees, thus bringing our biofuel farming venture to an end.  But, every great success story does not come without failures and lessons learned.  Even though our biofuels idea was not meant to be for us, we discovered that we REALLY liked to farm, so we shifted our focus to tropical fruits and vegetables.

Prior to us growing Jatropha and eventually becoming Holman’s Harvest, this 15 acre family farm situated in Loxahatchee Groves, Florida,  was owned by Liza’s parents, (Maximo & Encarna), and Aunt and Uncle, (Menelia & Pedro).  During that time, the main crop on the farm was Watercress, which was sold to supermarkets within and outside of the state of Florida.  We bought the farm in July 2013, but because of hurricane damage and years of use, the majority of the farm’s infrastructure was in disrepair…so, we had a vision to give the retired family farm a complete makeover and a new name.  Those plans were temporarily put on hold in August 2013, when our oldest son became very ill with a food borne bacteria called E. Coli 0157.  He spent several weeks in the hospital undergoing more treatments than any child should ever have to go through, but now he is a happy & healthy little boy.  That horrible experience further strengthened our commitment to farming organically for the health of our family and yours!

The re-building of this farm could not have been possible without the contribution of family and friends.  We are so THANKFUL  for those who have contributed to make our dream possible, and supported us along the way.

This is truly a family farm. We are full time farmers as well as full time parents. It has been amazing to go through this journey as a family and we all feel lucky to be part of it. 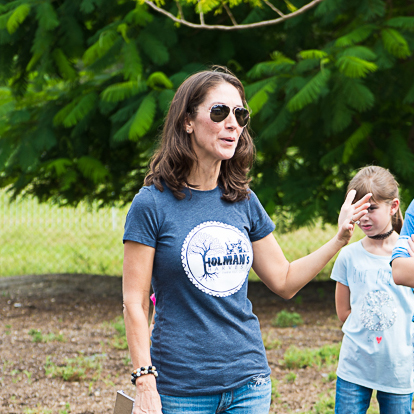 A native of Palm Beach County, and of Cuban descent, Liza graduated from Nova Southeastern University with a Master’s degree in Physical Therapy.  Until recently, she worked in a local pediatric Physical Therapy clinic, before going on an extended maternity leave with our third baby.  Liza has contributed to every aspect of the farm along the way while raising our 4 young children.  Creating relationships is something that comes very natural to Liza and its a big part of what a small farm needs to be successful. 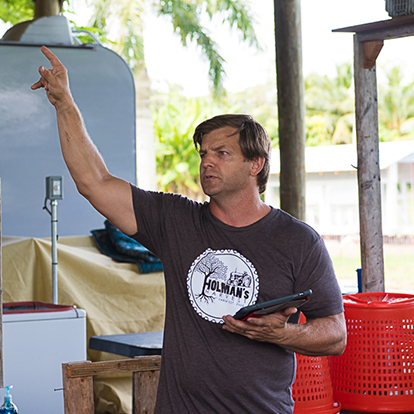 I was born in Cincinnati, Ohio and moved to Palm Beach County with my parents & sister when I was five years old.  I received my degree in Mechanical Engineering  from the University of Florida, (Go Gators!), and have spent the majority of my career in the Telecommunications and Biosecurity industries. My love of farming came shortly after Liza & I were married, and we visited the family’s  farm.  Once we seriously got into growing Jatropha, we agreed to buy a tractor, and then I was really hooked on farming!  I am constantly striving to create a sustainable farm using organic and permaculture principles, and am immensely proud of that fact.  I believe that one of the coolest things about farming is that I will never stop learning how to be a better farmer.